Just now I was scooting down the stairs to the World Peace Café that is conveniently placed inside the large house I’m living in, meaning I don’t have to go outside, ever, if I don’t want to. At 3.48pm, it is already getting dark out there, and I was wondering whether to feel sorry for myself when I ran into J on the stairs.

“How are you doing, J?” “Great, thanks.” “What about this getting dark at 3.30, then?” “Oh, I love it! I love the winter.” “You do?!” “Yes, I love it. I love the spring and the summer too.” “Hmmm. I daresay you love the Fall, erm Autumn, as well?” “Oh yes, I love it! I love all four seasons.” Just as I was pondering mentally how anyone could love winter with such enthusiasm, and perhaps he had nothing to compare it with, he added, “I lived in Fort Lauderdale and Miami for three years when I was younger, and it was lovely, but I really missed the seasons!” 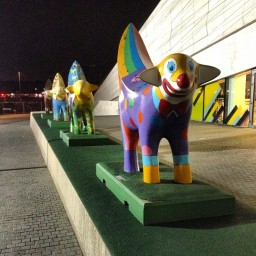 “Well”, I told him, “That really shows how everything depends on the mind! And now I’m going to love the four seasons too.” So, dear reader, if you catch me complaining, please remind me of this conversation. As a friend told me the other day, there is no such thing as bad weather, only the wrong clothes. (It reminded us of Shantideva’s famous analogy about leather on the feet.)

In the last article on delusions, I talked about the object of delusion. While our delusions are still rampant, there is not an awful lot we can do about objects of delusion. Geshe Kelsang sums this up:

Even if we were to live in an isolated cave there would be some parts of the cave that would appear more attractive than other parts, and some kinds of weather that would seem more pleasant than others. We would soon find ourselves preferring this sort of birdsong to that sort of birdsong, and we would still have all the memories of other objects of delusion. ~ Understanding the Mind

It sounds like a pretty nice idea to me: “I’m going to get away from it all, get away from all these trying people and/or objects of temptation that surround me wherever I go. I’ll go to the countryside on retreat, or on top of a mountain in Brazil or Switzerland, or perhaps even a cave in the Himalayas. Hey, that’s awesome, that’s the answer!” 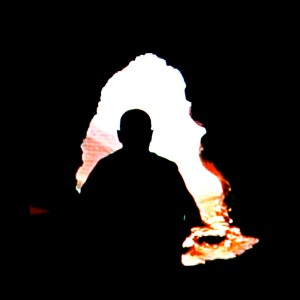 Actually, it can be very helpful to go away sometimes from our usual environment and work on our minds, for example in meditation retreat. January is retreat month in the New Kadampa Tradition and it provides a refreshing and significant start to the year. However, by itself, getting away from it all is not going to solve the problem because, as they say, wherever we go, there we are. Our deluded mind comes along for the ride.

Cause of delusion # 3, inappropriate attention

As mentioned in this first article on the delusions, there are six causes of our delusions. These are like a chain that bind us to suffering and problems. To break a chain, especially one as strong as this, it makes sense to find its weakest link.

We just saw how the object is not the weakest link – it is hard to isolate ourselves from all objects of delusion because they are going to pop up wherever we take our deluded minds. We can run, but we cannot hide. Sooo, what to do?

Now we come to the weakest link in the chain that binds us to suffering, insofar as it is the easiest one for us to break at the moment. This is very lucky for us. We can work on all six causes of our problems to a certain extent, of course, but this is the one where we can really get in there and stop the course of the delusion. 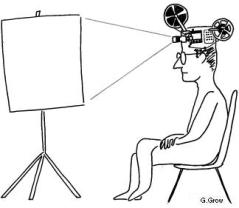 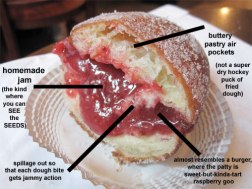 Because we are grasping at things as if they were outside the mind, we then believe that their apparent desireability or distastefulness inhere in them, and have nothing to do with the way we are perceiving them. If something out there looks nice, we naturally want to pull it toward us, and attachment is born. If something out there looks nasty, we naturally want to push it away from us, and anger or aversion is born. Due to our initial exaggeration of the object’s ontological status as being inherently existent as opposed to a mere projection of our mind, like a dream object, we then engage in even more exaggeration: “That donut out there on the cake dish is really nice (ie, from its own side) – just look at that red jelly oozing out of it, and the sugar sprinklings, and think how well it will go with the Cappuchino from the World Peace Café downstairs?!” This is gross inappropriate attention, leading to attachment.

More on this subject later … over to you for now 🙂