A bunch of articles on what so-called “delusions” are in Buddhism, and how to overcome them.

Dealing with our demons

Once we acknowledge instead of avoiding one of these dark traits or habit patterns, it will cease to have the same control over us. We will also see more clearly that we are not our delusions, that they come and go like clouds in a clear sky, like weather. 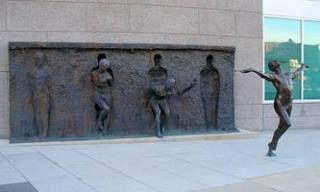 Saying bye bye to the painful, limited self

There is also no need to feel like a “bad Buddhist” as one commentator said in the last article. “I’m a Buddhist, I shouldn’t feel this way, I’m hopeless, I’ve been doing this for years, there is no point even trying!” This is succumbing to the laziness of discouragement, wherein that delusion has now crawled up the stairs as well, and put his gnarly hands around our throat, “Just give up! Join us! For you know you’ll never defeat us.” It is only if we identify with our delusions and shortcomings that we will feel like failures when they arise, when in fact we are not failures at all.

In this context, delusions coming up can be so useful, reminding us what we need to do, as well as what everyone else is up against. Each time we work though our own stuff and come out triumphant, we become more skilled at helping others – “This is how I got rid of my jealousy, you can try it too.”

Want peace of mind? Get rid of your delusions.

Since identifying and removing our delusions is, one could say, the bread and butter of a happy life, I’ve been meaning to write something about delusions in general for a while.

We give a disproportionate meaning to the things we are seeing, and misrepresent them to ourselves, and this leads to nothing but trouble.

The six causes of our problems according to Buddhism

At the moment we tend to think that happiness comes from out there, and we also think that our problems come from out there. We will generally blame someone, something, anyone, anything, rather than our own states of mind.

Freedom is the ability to choose any thought we want whenever we want it, regardless of what or who is going on around us. (First cause of delusion, the seed.)

Delusions are just thoughts; we don’t have to let them rule us forever. They are not an intrinsic part of our mind — they are like clouds in the vastness of our sky-like mind. 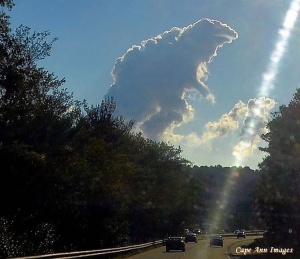 Creating space in our minds

It is possible to accomplish these things because there is no such thing as an object of delusion (the second cause of delusion) that exists from its own side. If someone was an inherently disagreeable object of anger, then everyone who saw that person would get angry; but of course they don’t – it is not just Foe Destroyers, their pet dog also loves them to bits!

It all depends how we’re looking at it

Because we are grasping at things as if they were outside the mind, we then believe that their apparent desireability or distastefulness inhere in them, and have nothing to do with the way we are perceiving them. If something out there looks nice, we naturally want to pull it toward us, and attachment is born. If something out there looks nasty, we naturally want to push it away from us, and anger or aversion is born. 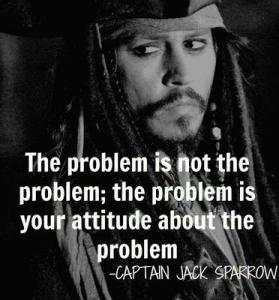 (Looking at the third cause of delusion, inappropriate attention.) And the next thing we know, we’re mad. Literally mad. We say, “I’m mad at you.” I think that we do go a little bit mad, sometimes very mad. It’s the same with “I’m mad about peanut butter cups.”  We are actually mad when a delusion arises, why?

Looking at the last three causes of delusion, (4) familiarity, (5) distraction and being influenced by others, and (6) bad habits.

What is purification practice

For the inner demons who do not come out into the open, or at least only in such shadowy ways that we cannot properly identify them, purification is immensely helpful. It is also very helpful when we are overwhelmed by appearances and need extra help in overcoming them.

Do we need our delusions!?

Unfortunately, this approach to “controlling our mind” usually leads to repressing our delusions. As a result, we aren’t even doing the first step of identifying them because we are pushing them away too fast with aversion.