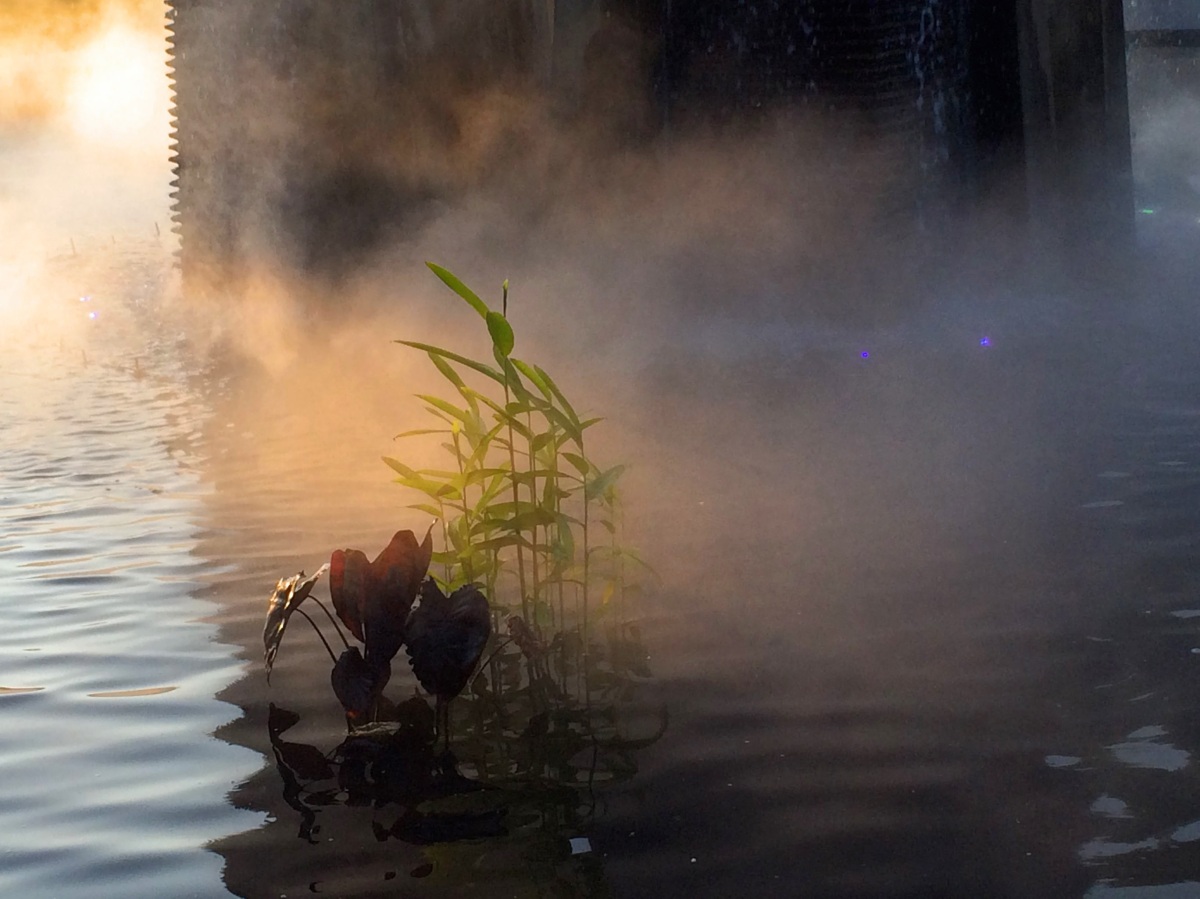 In a few short hours we may have voted Brexit or Bremain, who on earth knows!? Who is in control of all this anyway?!

There is no stability in samsara because all appearances are the nature of our ever-shifting, uncontrolled mind and projected by our karma. In a flash everything can change; we can even lose everything and everyone we know.

Like an episode of Lost, where there is a flash of light, they all clutch their heads, and then they end up in another time. It’s not “Where am I?! But “When am I?” They are understandably disorientated and discombobulated but, being the indomitable cast of Lost, and nothing like me, waste no time in getting back to work, trying to act as if things make sense again, all (external) action all the time: “Where is so and so? Let’s get back to the beach even though it’s pointless because our camp has gone or hasn’t yet been built! Let’s join in with the Others or, on the other hand, let’s leave. Let’s look amazed and dumbfounded but still not talk things through except in the tersest of sentences! Let’s make a house and a life back in 1974 as if that is totally normal! As if the other young people in jump suits around us aren’t illusory, aren’t in fact now old or dead! Let’s get on with the action! Let’s shoot! Let’s kiss! Etc.” And so they kid themselves that regular life goes on, until there is another flash.

I had a dream last night that could have been an episode from Lost. One minute I was here, the next there, I was meeting people who had died and thinking nothing of it, I was warmly greeting people from whom I have been long estranged as if I had seen them only yesterday, I was meeting new people, and everyone disappeared or appeared or morphed into new appearances. You know the kind of thing; dreams are like that. And so are our varied lifetimes – due to karma, anything can appear, Venerable Geshe Kelsang has said. We could be born anywhere and perhaps — as time is not fixed but merely imputed – anytime?!

Have you ever wondered what your life would look like if it had been filmed and you watched it all sped up?! Pretty darn weird, is what. Speed all our lives up — what a very peculiar, overwhelming plethora of changes!!! Love them, hate them, feed them, eat them, hug them, fight them … we have had every relationship imaginable with every living being. You know those Tee-shirts “Been there, done that”? There is no tee-shirt large enough for all the places we have been, for all the things that we have done.

In this life alone, I have lived for several years on every continent except Antarctica and I have visited nearly 50 countries. I am, predictably enough, writing this article on yet another plane (flip, nice sunset!) on the way through a brief night to a brief dream in Reykjavik, next to a charming man who has lived all over the place, having just stood in line at the airport with someone else who also travels extensively. Yet all this is nothing

compared to the infinite worlds within samsara wherein you and I have traveled through beginningless lives. And within those countless lifetimes, all those dreams …

And waking life only seems more consistent than dream life because we bring some memory or mindfulness to it and so, in a way, have more time to get used to things before they change on us. (Our waking minds are gross minds, so we are better at using mindfulness than with our subtler levels of dreaming mind.) My sister-in-law’s mother, Christine, had a bad stroke and has spent the last several years in a nursing home. She has no short-term memory and describes the experience as “dream-like”. It is memory and memory alone, it seems, that makes coherence of appearances, strings them together into narratives; and so when we lack memory we can quickly lose the plot. Or have to do the same things over and over again, like a Guppy.

Which reminds me, I read a report recently saying that human beings these days have a shorter attention span than a goldfish – approximately 8 seconds. That’s what we get, if you ask me, from spending the whole day stimulating the senses with non-stop diversions (Snapchat, anyone?! Have you managed to refrain from checking your texts or Facebook feed since you started reading this article? Have any of you indeed even managed to get this far down th 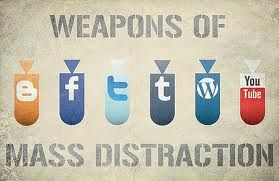 e page?!) We distract our sense awarenesses while neglecting the life of the mental awareness, the only awareness that possesses mindfulness and concentration. Someone was telling me yesterday about the brave new world of Augmented Reality Glasses – we will soon be able to superimpose robots and story lines etc OVER our regular surroundings – sounds horrible, but could well become the next mass-addiction. (Update July 20 2016: less than a month later, this is already starting — look at what’s going on with Pokemon GO!!!)

We try so hard to hold on in our waking life, but in a flash everything can change. We can be evicted, we can be deserted, we can be exiled, we can be wounded, we can even be in our next life. It seems like we try to anchor ourselves in this ever-changing scenery with a partner (“us against the world!”), a family, a house, a reputation, Facebook likes, etc — trying to construct a weighty life on top of an infrastructure that is simply projection of mind. For as long as we have self-grasping — feeling alienated from our own surroundings by grasping dualistically at a world outside our mind — we seem to have an existential need to do this; which is why it can feel devastating when the seeming anchors of relationships or careers etc end. We can feel as though we have lost our still point, our northern star, our comfy sofa in samsara.

So we keep trying to build up our money, our career, our sense of who and what we are, our family, our friends, our body – but none of these fleeting, flimsy edifices can save us from new unfurling karmic projections once they are ready to ripen.

I think our lives are like insubstantial bubbles blown by fleeting states of mind and karma. This is why, I reckon, we have the 7 sufferings of samsara – birth, ageing, sickness, death, not encountering what we like, encountering what we don’t like, and dissatisfaction. How can these not be inevitable in a life characterized by uncontrolled minds and karma?

We try to cling to reality but there isn’t any. Not in appearances, anyway. In Lost, they at least moved time zones with the same body and gross minds and even a few select companions – but in one flash of light our body could change and so could our gross mind to go with it. For example, if we are reborn as a cat, our gross mind will certainly feel very different to how it does now, and our companions will be nothing like our friends now. If human, we have to learn all this stuff all over again, or a whole bunch of new stuff — for example if I am reborn in Iceland, I will have to say

Nothing can be pinned down; nothing. We can have a six-pack and a rifle, and talk in manly monosyllables; but when the flash comes this is not going to help us one bit. We need to change our minds. And we kind of need to do it right now, while we are in the relatively stable position of this precious human life and have some refuge. That’s the urgency, far more so than running through a jungle. (Apologies for all these Lost references if you haven’t seen it 🙂 I am not even suggesting you put yourselves through 5 seasons of Lost, you probably have far superior, more culturally up-to-date things to do. Like Snapchat. Or Pokemon GO. But you get the idea.)

Nothing can be found when we search with wisdom, which means that nothing exists inherently. Attachment is trying to hold onto hallucinations – it needs its object to have a degree of permanence and substantiality that it simply doesn’t have, which makes this all-too-common delusion at best a waste of time. (Reminds me of my favorite line from the latest Star Wars movie, “Escape first, hug later.”)

We can drop no anchors in samsara’s contaminated ocean; it has no bottom. We need to set about purifying and transforming the entire ocean of our root mind. For then, instead of it throwing up endless waves of pointless suffering, it will manifest endless waves of beneficial bliss. 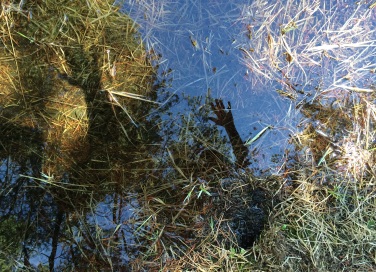 So there is no reason to be discouraged. The mind of renunciation — wishing to overcome the hallucinations of samsara, to wake up from mistaken appearances — is strangely uplifting. It is also the gateway to the liberating path. We don’t have to buy into what isn’t working and can never work, trying to control it. We can instead start to rely on what does work, which is going for refuge and controlling our minds.

We can go for refuge to all-pervasive enlightened beings, to Dharma, to Sangha. We can purify our mind and gain full mastery of our thoughts so that we can choose to go wherever and whenever we want. We can in particular gain an experience of emptiness — realizing that all appearances are the nature of the mind and the mind is the nature of emptiness — so that we not only realize exactly what is going on but can control it completely. And we can then be a deep, vast, source of refuge for everyone else.

(Regardless of who wins the Referendum, whose results are rolling in unpredictably as we speak …)

Your comments are most welcome!