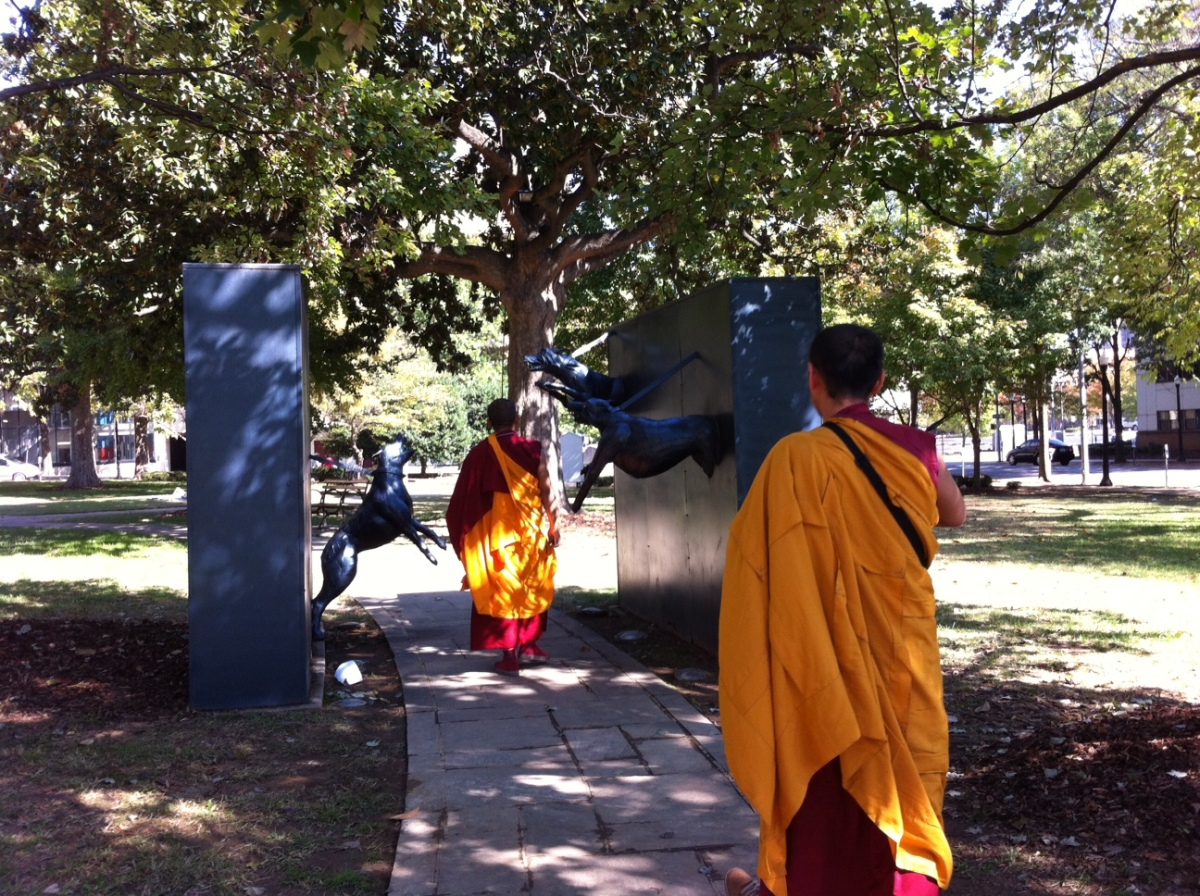 This blog is about applying meditation to transform daily life, and as my own daily life of late has included protesting the Dalai Lama, I am going to write an article about what I did with that.

I don’t feel the need to explain again why I was at the demonstrations, I did that here. The media are now at any rate asking more probing questions of both sides, and this means the tide is turning and our efforts at free speech feel well placed. But I did want to say a bit about how it has been as a long-term Buddhist to be participating in demonstrations at all. I didn’t sign up as a Buddhist all those years ago with a view to one day protesting the Dalai Lama, but I do find this unusual experience has opened my mind and heart in some helpful ways.

These were peaceful demonstrations, with hundreds of Westerners and Tibetans requesting religious freedom and an end to slander, all to the beat of some very melodious drums. Everyone seemed to be in a good mood and, more importantly, personally dedicated to practicing what they were making so much noise about — the freedom for everyone to practice the religion of their choosing, to live together in harmony, free from slander and persecution.

I got to see parts of America that I may never have visited otherwise – in Birmingham Alabama we ironically demonstrated in Kelly Ingram park in front of the Sixteenth Street Baptist Church, and from there we travelled to the privileged Princeton where we were the first demonstrators ever to be permitted to march through campus. I saw the value of taking the self out of it, remembering to abide in a dream. Like in a drama, I felt the need to play my part

because it is very important to me to stand up for this tradition and preserve it for all future generations. But though this is a serious issue, it doesn’t have to be a heavy one – and the protestors did not seem heavy in the least. The police everywhere said that we were the most considerate or well-behaved

demonstrators they have ever seen. They didn’t need to control us, some of them said, but mainly protect us from the Dalai Lama’s unruly followers. At one point, for example, out leafleting and explaining the issue to the general public, two NYC police officers escorted me away from some angry Tibetans, stopping the traffic so we could cross the road, “for my own safety.”

The Dalai Lama’s supporters have not taken to the protests very well. Sometimes, if I got too close to the Dalai Lama’s followers and counter-demonstrators, I was spat at, told I was going to hell, told I was only a westerner with no understanding of Buddhism, told to go away and practice my spirit worship elsewhere, and had money shoved in my face (apparently the Chinese pay me for demonstrating).

Typical conversations with Dalai Lama supporters during the protests:

That is why I generally avoid conversations with die-hard Dalai Lama supporters. I find I get more results from hitting my head against a brick wall.

(A friend of mine at the most recent demonstrations in London, September 2015, has just had this experience: “Tibetan followers were getting really nasty and aggressive. Following N & me all over the place. Shouting in our faces – calling me “ugly face – horrible face” – etc etc. And I apparently am speaking to the Chinese government through my phone head set. And they seem to really believe that.” She added: “It was a stark reminder of what we are up against, just trying to speak up, as the Dalai Lama has all the power and this was just a small experience of what it must it be like for the Tibetans under his power. I got to walk away, they don’t.”)

To be fair, not all the followers were aggressive and angry, some did seem to be practicing the values of tolerance and compassion that Buddhism is famous for, and a lot of people have started asking questions.

In any event, the demonstrations afforded me a fantastic if unexpected opportunity to meditate on equanimity. When you are obviously disliked and everyone is staring at you as if they just wiped you off their shoe (just as Dorje Shugden practitioners are pretty much every day in the exile communities and I

was while out leafletting near ardent followers of the Dalai Lama), it is a good time to get your self out of the way and just try to love your “enemies”. Otherwise, you might get tense, fearful, or angry, and want to leave. When you get back in your own demonstration pen, with your own “tribe”, and those peaceful Buddhist practitioners are requesting religious freedom and an end to deception — it is all too easy to think “Phew, I like these people, they’re brave and good-tempered, and they like me.” But it was also a perfect opportunity to see them and the crowd opposite as equally my kind mothers and closest friends, the only difference between them being time. And then, again out leafleting, there were the masses of pedestrians walking by on the street who were total strangers – or, were they?! An interesting challenge too to watch their reactions – some sympathetic, some a bit hostile, others utterly indifferent — and not be swayed to feel close to some and averse to others. 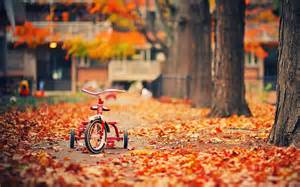 I was lucky enough to be in Boston in the Fall – everyone says you should visit New England when the leaves turn, and thanks to the Dalai Lama I had my chance. The falling of the leaves always reminds me of the meditation on equanimity. Leaves that have been together, side by side, for all their lives are blown by the wind to all directions, some landing close to each other again, some so far away, subsequent gusts of wind possibly bringing them together again, but rarely. When we die, we will be blown by the winds of karma to our new lives, worlds, identities, companions – and all the companions of this life will have moved away, maybe or maybe not to reappear later, but in unrecognizable forms. In the light of this existential situation, it makes no sense to have attachment, aversion, and indifference – better to open our hearts wide enough to include everyone everywhere.

12 thoughts on “Equanimity and the Dalai Lama”