On Sunday I dropped my iPhone 3 down the toilet. Not deliberately, of course, but my bathroom is small, the toilet crammed next to the basin, and the phone slipped from my loose pocket as I was brushing my teeth.

Along with my iPhone it felt like I’d flushed my whole life – photos, contacts, passwords, videos, apps, etc. I managed to stay calm, thinking: “Okay, good time to practice patience, non-attachment, mindfulness of impermanence etc etc!” But it was a little wake-up call, and not just reminding me to back up my data in future 😉 (Why do we always have these good ideas only AFTER disaster has struck?!) Even after three days submerged in rice, the phone is dead. All that is left from its data is what I can remember. It is a bit like dying and only taking my mind with me to my next life.

A hair pulled from butter

The Tibetans have a saying about death, that it is like a hair pulled from butter. They like yak butter tea, (or yuck butter tea as I can’t help thinking of it), and the butter arrives wrapped in a yak skin. Some yak hairs inevitably get into the butter and have to be pulled out. They come out smoothly, leaving all the butter behind – in the death analogy, this would be our body, possessions, home, career, people, gross minds and personality. All that continues to our next life is our subtle mental continuum and our karmic imprints, from which a whole new world is going to arise like another dream.

Steve Jobs, co-creator of Apple, probable genius and Buddhist, died yesterday from pancreatic cancer at the age of 56, apparently peacefully. Like a hair pulled from a ton of butter, he has left the entire empire he built behind. What has gone with him? Of course there are varying opinions about whether what he did was brilliant or exploitative, generous or self-seeking… It is impossible for us to judge what karma he has created — that depends entirely on his intentions for doing what he did, which only he could have known. But I think it’s fair to assume that he created very strong karma in that he influenced much of the world and provided insanely cool gadgets used (or abused) by millions of people. My teacher Geshe Kelsang once said that modern technology is rather like “modern miracle powers”, and its true – imagine showing someone born in the 19th century your iPad?! Even when I demonstrated my iPhone offline to some children in a Brazilian rainforest (who’d didn’t have running water or electricity, let alone any space-age gadgets), they got very excited! Tom the Talking Cat, anyone?!

Stand up the real Steve Jobs!

Many people are feeling affected one way or another by Steve Jobs’s death. But stand up the real Steve Jobs! Who were you? Comments on Kadampa Life’s Facebook wall include: Joan Boccafola: “I was on the plane back to NY when I heard he died. Tears streamed down my face. He was such a genius, a visionary. He has touched my life with his creativity. I write this on my Mac.” Robert Thomas: “Sad news, I pray that he takes a fortunate rebirth where he can complete his inner training (assuming he hadn’t already). He certainly touched everyone profoundly and so much good has arisen through his life, like how so many of us stay connected via iPhones and even share a little Dharma 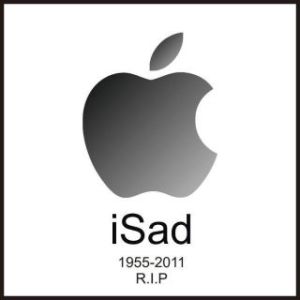 too.” But Adam Head reminds us there are other perspectives: “Hmmm…is it appropriate to mention another side of things? – mega-wealthy business-man with multiple sweat-shops in the “third world” – on top of the capitalist food chain!” And Tamara Cartwright says: “While it is sad that one man has died, we are all celebrating extreme commercialism … he taught people to crave the next thing and buy it while their previous thing was still valid and functioning.” Gee Gibson suggests: “As a Buddhist, then Steve Jobs would understand that his physical wealth was worthless. It was the wisdom in his heart and mind that he would have valued. We should not be judging anyone other than ourselves. I’m sure he left more of a positive mark than a negative. Maybe we should take a few minutes to show some compassion and send positive energy to him.”

Whatever his motivation and effects on other people, Steve Jobs did make my own life a little easier when I was living out of suitcases for a while and didn’t have a computer or any other gadgets to stay in touch with family and friends. His invention enabled me to take photos of the wonderful places and people I visited, gave me the ability to maintain this blog, helped me navigate new streets, and entertained me. Sure, my entertaining iPhone could distract me too (a lot), and I’m not celebrating my admitted attachment to

technology, but I’m not going to blame Steve Jobs for that – I’m a big girl now and can take responsibility for controlling my own time and mind. For me, overall, he was kind.

Trying to live your best life

Steve Jobs clearly thought a lot about life and death, and he said some pertinent things that I want to share here. For whether he succeeded or failed at it, at least it seems he tried to live his best life:

“Life is brief, and then you die, you know?”
“Your time is limited, so don’t waste it living someone else’s life.”
“Being the richest man in the cemetery doesn’t matter to me … Going to bed at night saying we’ve done something wonderful… that’s what matters to me.”
“Almost everything–all external expectations, all pride, all fear of embarrassment or failure–these things just fall away in the face of death, leaving only what is truly important.”
“Remembering that you are going to die is the best way I know to avoid the trap of thinking you have something to lose. You are already naked. There is no reason not to follow your heart.”

Stand up the real Amanda Knox!

Another big story that touched hearts poignantly or painfully this week was the acquittal of Amanda Knox. Was she guilty or not? We may never know for sure. (I always thought she was innocent, but that’s just my opinion.) In any event, she has suffered a great deal these past four years and if she is guilty of murder her karma will catch up with her – so I’m glad she has the chance to go home at least for now.

Did you see her face while she was waiting for the 3:30pm ruling on Monday? The tension was extraordinary. How did that feel? We’ll find out ourselves soon enough, within a few hundred months at most, when we are a hair pulled from butter … will the karma we have created condemn us to a dank lonely cell or send us home to freedom?

In the press conference in Seattle after her release, Amanda Knox said:

“I’m really overwhelmed right now,” she said. “I was looking down from the airplane and it seemed like everything wasn’t real.”

She’s right, it isn’t. Every now and then, usually when things are changing too fast for us to get a fixed handle or label on them, we have a natural glimpse into the ever-moving dream-like nature of our lives. 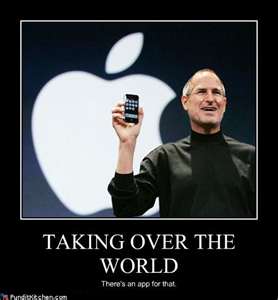 What I’ve learnt from this week’s news

Steve Jobs had an empire and is receiving glowing eulogies from all quarters, including the President, none of which he can hear. Amanda Knox’s life changed from a pleasant dream to a nightmare and back to a pleasant dream in a few dramatic years – which is like our moving between good dreams and nightmares over the course of many lifetimes, until we cut the cycle of suffering once and for all by realizing the dream-like nature of our reality. As Vide Kadampa said: “You never know what is around the corner – karma can give you quite a ride :-)” So, I’m deciding once again to make the most of the dream-like time I have left, keep my nose clean, love others as much as possible, and pack for the future. If I die today, where will I be tomorrow? As Venerable Atisha says in his Advice:

Since you will definitely have to depart without the wealth you have accumulated, do not accumulate negativity for the sake of wealth.

Since future lives last for a very long time, gather up riches to provide for the future.

Fiona Layton puts it this way! “Death is great! If I am feeling guilty about the past or anxious about the future death stops me in my tracks and helps me to BE HERE RIGHT NOW! Then I can relax with a beautiful mind that has let go of all the shit of this life and I am free then to enjoy all the magic instead!!! Death Rocks!”

Kelsang Dechen also reminds us that everyone has to die and indeed many did die yesterday, let’s pray for them too: “With a mind of equanimity, let us remember all sentient beings – our kind mothers – who died yesterday. OM MANI PÄME HUM.”

At the risk of sounding like I did in fact drop my iPhone 3 down the toilet deliberately, I discovered I was just out of contract with AT & T and so had to/was obliged to/had no choice but to upgrade to an iPhone 4 😉 (I wasn’t going to, I promise, I’m not that addicted to possessing all the latest new gadgets… ?!)

I pray that our next life is also an upgrade.