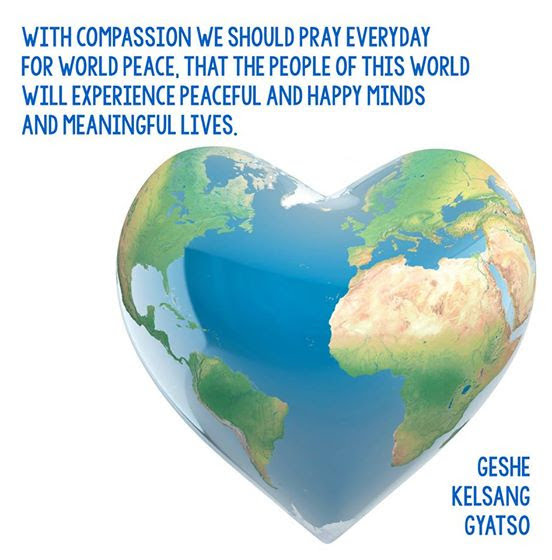 Our Buddha nature is likened to a golden nugget in filth for it can never perish, it is utterly indestructible. I find it pretty inspiring to think about that. 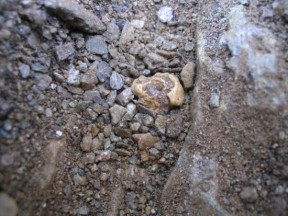 No matter how disgusting a person’s delusions may be, the real nature of their mind remains undefiled, like pure gold. In the heart of even the cruelest and most degenerate person exists the potential for limitless love, compassion and wisdom. Unlike the seeds of our delusions, which can be destroyed, this potential is utterly indestructible, and is the pure essential nature of every living being. ~ How to Transform Your Life

Nothing we ever think, say, or do, however heinous, could destroy the vajra-like purity of our own or others’ root minds, any more than clouds can destroy the space of the sky. We can dive into that reality every day because it is the truth, and it heals us.

An encounter on Frontier

With this understanding of what lies at the heart of every single one of us, it’s a good idea not to judge ourselves or others on the basis of the fleeting thoughts in our mind or indeed the words coming out of our mouths. These are not who any of us really are. We can totally disagree with people’s ideas and actions of course, but judging the person themselves on the basis of their ideas and actions is superficial, often uninformed, and unhelpful. I relearned this lesson on Frontier Airlines last night coming back from DC. 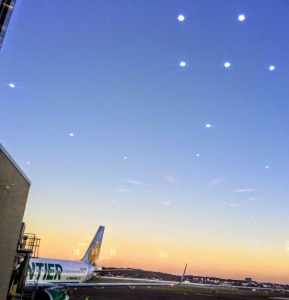 I was sitting by the window, and squished in the middle seat was a portly man in his seventies. He soon became very interested in my reading the unwieldy pages of The Washington Post on Sunday, which I had bought because, hey, I was in the nation’s capital.

And he started asking me, in an unplaceable foreign accent, about where I lived and who my senators were and so on and so forth, and it soon became apparent that we were not of the same political persuasion and that he was going to vote for someone I was not. Raised eyebrows on both sides, this segued into a conversation about equality – he arguing that someone who worked hard to get an education and look after his family was not equal to someone who never mowed his lawn or picked up his trash, citing as an example his two next-door neighbors. I said they were still equal because we are all equal, and that different backgrounds and baked-in circumstances led to different opportunities and it was not on us to judge. This devolved into whether or not a physician should earn more than a school teacher because they had trained longer, me arguing that money didn’t buy happiness or measure success, that healing people could be its own reward, and he arguing that of course it did, that I was only able to fly on this plane because of money. I suggested that happiness depended not on the money in the bank but the thoughts in our mind, and he at least paused to consider that. But I could tell it was going to be an uphill battle to get him to agree with me on pretty much anything!

In any event, we were getting quite animated, but I confess I was also getting a bit annoyed by his seemingly hardline views and insistence on arguing about every point; and I was also beginning to think that he was way too big for his seat and physically squishing me as well. So I escaped by feigning sleep and then actually falling asleep. This was me:

With self-cherishing we hold our opinions and interests very strongly and are not willing to see a situation from another point of view. As a consequence we easily get angry and wish to harm others verbally or even physically. ~ How to Transform Your Life, page 97

Just before I started ignoring him, though, he looked at me and said, “We are not arguing! No, not at all. We are only debating!” And he had the sweetest look in his big old watery eyes.

When I woke later and took a sideways glance at him, I saw that he had, as a matter of fact, a very kind face. And there was something poignant about him. This idea came to my mind:

Whenever we meet other people, rather than focusing on their delusions we should focus on the gold of their Buddha nature. This will not only enable us to regard them as special and unique, but also help to bring out their good qualities. ~ How to Transform Your Life

A twist in the tale

I decided I didn’t want to spend the rest of our 4-hour journey ignoring him because he had really been enjoying our conversation even if I hadn’t, so I asked him, Which country did you come from originally?

“Syria”, he replied. I got interested and asked him more. It turned out that he came over here in 1970 and then tried to live in Syria again later, but “I was forced to leave permanently a few years ago because I was in danger.”

“My brother was killed.”

Was his brother involved in politics? No, a quiet man, not political, only the wrong sect of Islam. Shot. And he told me that in a country of 21 million people, 1 million people have been killed, 7 million people have been forced to leave as refugees, and the children have not been at school for 7 going on 8 years, an entire generation lost. The country is bitterly divided. Nowhere is safe. He said all this very sadly. He has two elderly sisters still there who are alright only because, like a lot of people, they never dare go outside. He asked me what I thought could be done about Syria. He asked me several impossible questions on this plane journey, genuinely wanting to know what I thought.

It was sobering. I had never felt this close to Syria or its people before, realized in person how they were just like me. I don’t need to mention how much it put other problems into perspective.

I had realized by now that I had (mis)judged him. I had not immediately related to his Buddha nature but to the words coming out of his mouth in our first conversation, even though they were based on just a few of his fleeting thoughts, thoughts I didn’t even remotely know the context for as it turned out, and thoughts that were not him. I could have saved myself all those slightly irked and uncharitable thoughts if I had related instead to his good heart from the get-go.

I have of course never given that geopolitical perspective a moment’s thought before. It made me wonder what other perspectives I had never bothered to entertain in this almost infinite complex web of causes and conditions that make up our globe, assuming the correctness of my own.

Can these problems ever be solved?

All we can each trust when it comes to the immensity of our outer problems, it seems to me, is doing our level best to do the right thing, the ethical thing, the wise thing, the compassionate thing. But how that shows up in practice is probably going to turn out different depending upon our positioning, amongst other things. Whether we live in Syria, or Iran, or America, for example, and whereabouts in those countries we live.

Because, to the deluded mind, our own needs and wishes seem so often contradictory with others’, in an apparently zero sum game, how can we ever hope to solve all outer problems with only outer means? It makes me even more determined to solve all the inner problems of the delusions and hallucinations of inherent existence instead, for only then will the outer problems finally go away.

He also asked me about Buddhism and what we believed in because he didn’t know the first thing about it, though he had heard of meditation being good for relaxation. He said the world was created by a superpower, not a “being”; and we got a bit philosophical there for a while.

My new friend’s name is Osama, “as in Osama Bin Laden” he said slightly ruefully. We plan to talk again. He is the sweetest person. And, Dad, if you’re reading this, he reminded me ever so slightly of you.

I will leave you with a final insight brought home by this encounter with Osama, one that Geshe Kelsang has said would lead to world peace if we all adopted it:

It is because they distinguish between delusions and persons that Buddhas are able to see the fault of delusions without ever seeing a single fault in any sentient being. Consequently their love and compassion for sentient beings never diminish. Failing to make this distinction, we, on the other hand, are constantly finding fault with other people but do not recognize the faults of delusions, even those within our own mind.

Over to you. Comments welcome.

A Buddhist way to world peace

The age-old foes of our people

The difference between inner and outer problems