I want to explore over a couple of articles what Buddhists think about suicide. A friend of mine has kindly shared her story.

My brother was 19 when he killed himself.

When someone commits suicide, it feels like an angry act; and those left behind feel this anger. This can be very confusing because often the person who kills themselves was not that way in their life, and frequently they were quite the opposite. We also feel guilty because we get angry at them for leaving us, and it is easy to feel like they somehow did it to hurt us.

These feelings are so overwhelming for the survivors and yet, even today, people rarely deal with the anger parts of suicide. Many times there is no indication that someone is thinking of suicide except for a chronic subtle sadness or a lack of much happiness despite having good conditions. It ends up to be such a confusing time. Even nowadays people move away from the uncomfortable arena of suicide, meaning that those left behind can begin to feel that the event is somehow a reflection of them. No one wants to visit the bereaved for fear they will have to talk about “it” and they won’t know what to say. The survivors end up alone, confused, and, often, subconsciously blaming each other because they don’t know what else to blame.

My own parents ultimately divorced after years of this — they lost their faith in the church that they had both served their entire lives because suicide was seen as a horrible act, a sin. The neighborhood in which I was raised also experienced a lot of emotional trauma after this event, which happened in 1971 when suicide was very rare, especially in young people. Plus, as they say, my brother had “everything going for him”. Recently I heard, suicide is now the 3rd leading cause of death in young males aged 15 to 25. A recent New York Times editorial stated that 60% of gun related deaths (30,000/year) in this country are suicides. 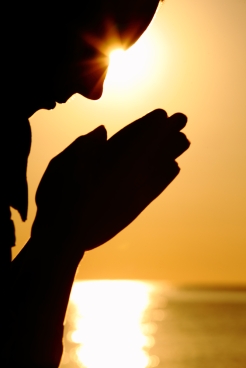 No one has an answer that really helps except Buddha, in my experience.

In hindsight, I was only able to cope with my own loss by caring for others as a nurse. Unknowingly, nursing became my own healing practice; and now I understand through Dharma that not focusing on my own loss and, instead, helping others was a powerful step in my own recovery from grief. I believe my Spiritual Guide, Geshe Kelsang, emanated all of it for me until I could meet him again.

After 15 years of therapy and searching for an answer, I met Kadam Dharma through a powerful Kadampa teacher and Buddhist nun. In my first meeting with her, which was very soon after I started attending a General Program class, naturally one of my first questions was: “What does Buddha say about suicide?” This was a major test, and her answer would determine whether I would stay or go.

She was honest and loving, and so comfortable talking about this topic, which was very different from any of my previous experiences. I wanted to know if my brother was being punished for his action, because I did not believe that someone who despairingly took their own life could be punished by a loving Deity … if there was one. He was my “everything” and I just 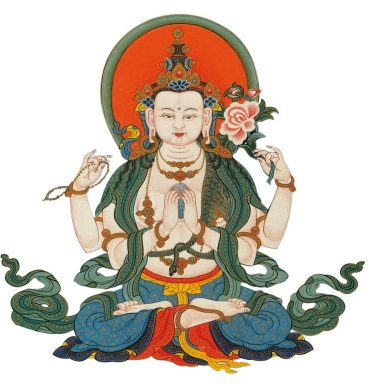 couldn’t believe that, if he was sad enough to take his own life, he would then be punished after death as well. I left my early religion because of this contradiction. I also wanted to know why I felt so much anger from his action because he was not like that … and why I felt afraid at times of the intense anger surrounding the event. Suicide is never a gentle death.

Basically, what I remember her saying was that Buddha doesn’t punish anybody! That was a winner. Secondly, she said people take their lives due to delusions (negative uncontrolled thoughts and feelings) in their heart, which make them believe that they will never be happy. This is so hard to bear that they naturally experience anger, and that anger turns inward and they kill themselves to stop the pain and sadness. They do this believing that death will end their suffering, just as when you go to sleep and all your problems disappear.

So then I asked her, is he in hell then? She replied that killing is a negative action in Buddhism as well, and it does have karmic consequences. However, my brother obviously had so much inner pain and struggle that he was unable to see any other solution, and Buddhas understand that pain and always have compassion for us when our delusions are stronger than we are.

And then she told me that even though he had passed away many years before, I could do a special practice for him, called “powa” or “transference of consciousness”, which would ensure that he would take a Pure Land rebirth either now or in the future.

Now when I talk with others who have lost loved ones to suicide, what I always like to share is that their delusions at that moment were just stronger than the person they really were, and so the delusions won. There is nothing to be afraid of other than our delusions. Now, whenever I remember my brother, instead of pain I just feel love.