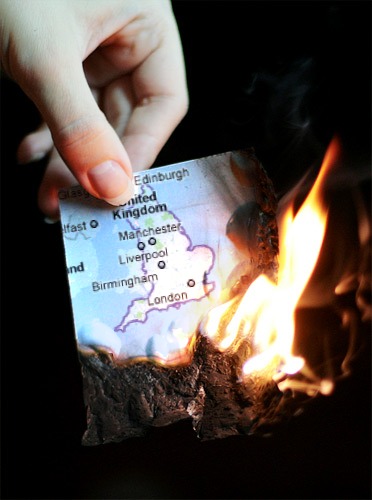 What do you make of all these riots sweeping across England right now? People are getting hurt.

They are reminding me of two things:

(1)   The uncontrollable nature of anger

(2)   How influenced we are by others

In the newspaper I was reading online, a commentator tries to figure out what exact grievances are leading to the riots, e.g. poor housing, drugs, sink schools, gangs. But he concludes:

A good friend of mine in Manchester just emailed me to say moreorless the same thing,

which got me thinking. And what I am thinking is: “This sounds just like my mind of anger!” Anger starts with some pretext and then dwells on perceived grievances with inappropriate attention and the next thing you know the mind is on fire. It is far easier to put out a match than a forest fire. If no effort is made in anger’s early stages to control it, it rapidly spins us out of control. And it often thinks that it’s enjoying itself at the time, and that it’s valid, especially while we are still surrounded by other like-minded, over-excited “friends”. It’s only later, when the inappropriate attention has died down, that any remorse kicks in and we realize what destructive idiots we’ve been. There were other ways to do this, whatever it is.

Inappropriate attention is #6 of the six causes of delusion identified in Buddha’s teachings. Take anger for example. Cause #1 is the seed – we all have the seed of anger within us until we have abandoned our delusions by means of the wisdom realizing emptiness, and meantime we can prevent it ripening by stopping the other five causes. #2 is the object – we need some pretext for our anger, great or small. Nothing is inherently irritating but if we’re not careful anything can set us off, especially if we are prone to anger through familiarity with it – and #5 is familiarity. Bad habits, #4, don’t help, such as generally doing lots of stealing, drugs, arguing, watching violent movies and so on. Which leaves us with # 3, distraction and being influenced by others, which really does seem to be a major factor in what is going on in the streets of England as we speak.

Our friendships have a powerful influence over us. Since we tend to imitate our friends, we need to associate with friends who

admire spiritual training and who apply themselves to it with joy.

That is, of course, if we want to make spiritual progress as opposed to get off with as many stolen video games as we can cram into our stolen shopping carts, have a good laugh at others’ expense, and possibly end up behind bars. Compare the riots to people’s uplifting accounts of the friendships made at the recent NKT Summer Festival, for example!

Anyway, a sad but useful reminder that until we uproot the six causes of our delusions, no one is safe, not even on the usually calm suburban streets of Croydon or in our own minds. 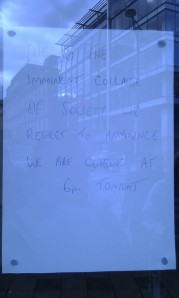